Finally, Xiaomi officially unveiled the Xiaomi Mi 11 which is the company’s latest flagship phone. However, the launch event only shows the regular Xiaomi Mi 11, it does not feature any high version. At this launch event, the company also released its latest MIUI 12.5 system as well as multiple accessories for the Xiaomi Mi 11. Let us look at what this smartphone has to offer 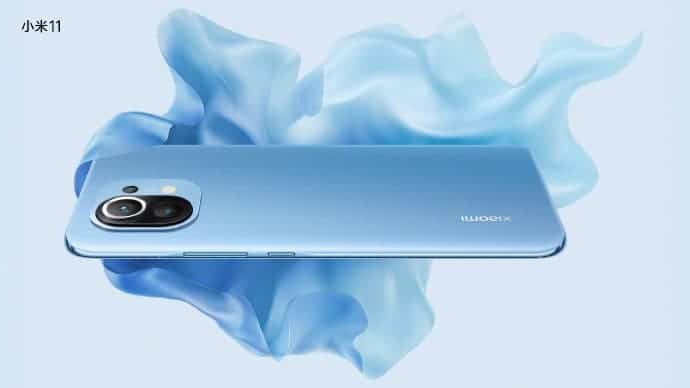 The Xiaomi Mi 11 comes with a thickness of only 8.06mm and a weight of only 196g. It adopts a brand-new camera layout design with five colour options, three glass back shells (AG matte process, black, white, blue), and two plain leather backshell (smoke purple, khaki). In addition, the glass cover of the camera module is processed by one-piece CNC glass. On the front of the phone, there is a hidden earpiece. Furthermore, the edge has a micro-slit sound hole while the edges of the buttons use a sandblasting manufacturing process. 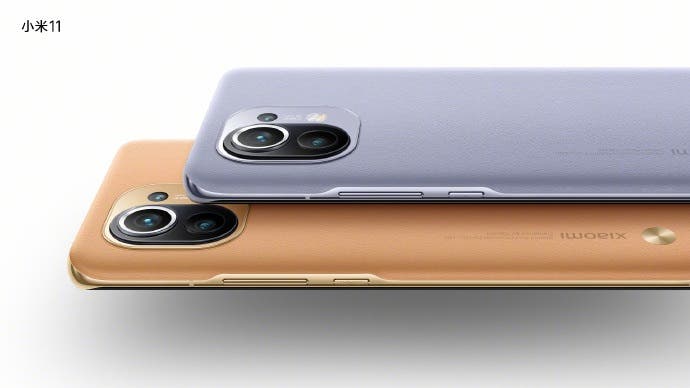 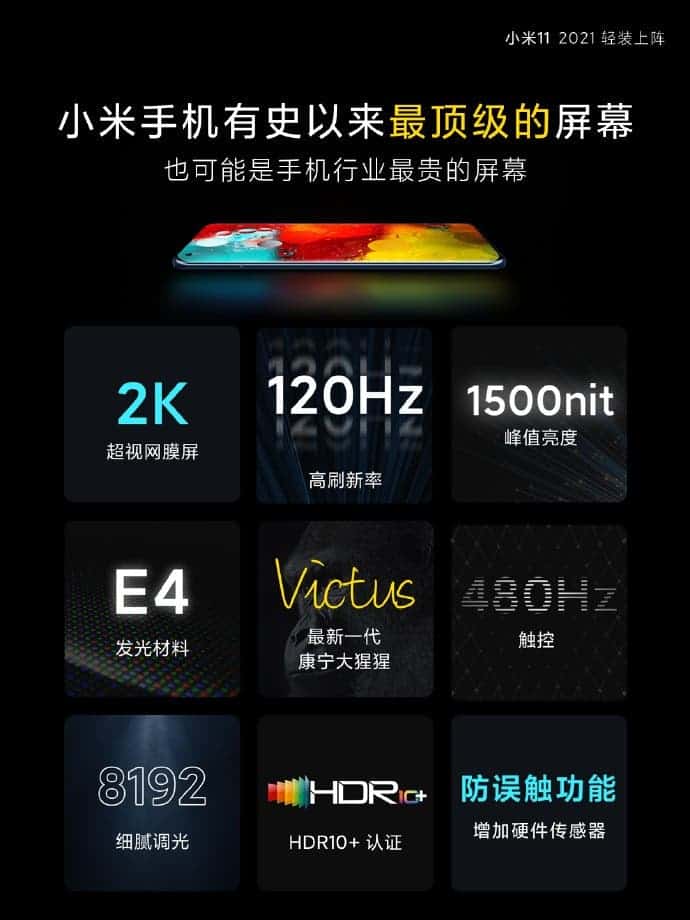 In addition to the Snapdragon 888, this device has a high GPU performance (35% increase) while the AI engine computing power is up to 26TOPS. It comes with a 4600 mAh battery that supports a 55W wired fast flash charge. According to the company, it gets a full charge in 45 mins. In addition, the Xiaomi Mi 11 series also supports a 50W wireless fast charge which delivers a full charge in 53min. There is also a 10W wireless reverse charge. 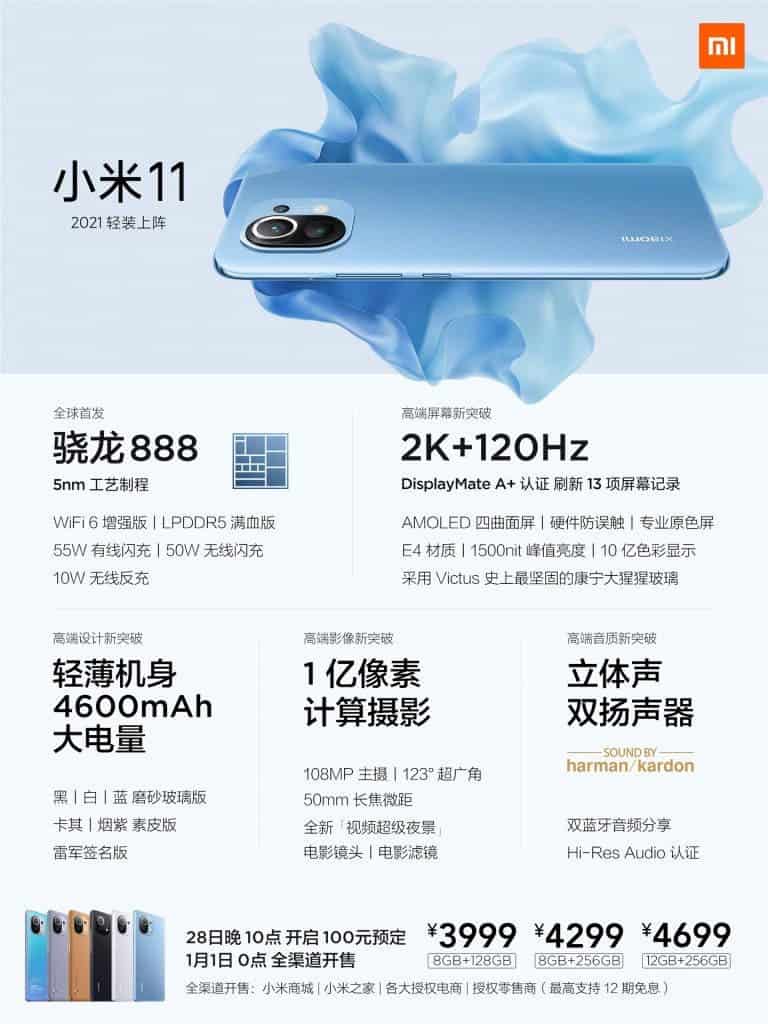 In terms of heat dissipation, Xiaomi Mi 11 uses a VC liquid-cooled three-dimensional heat dissipation system. This system has a large-area VC soaking plate that covers the main heating area. There is also a new built-in ultra-thin aerogel thermal blocking material. This material prevents local instantaneous heat from transmitting on the surface of the phone. 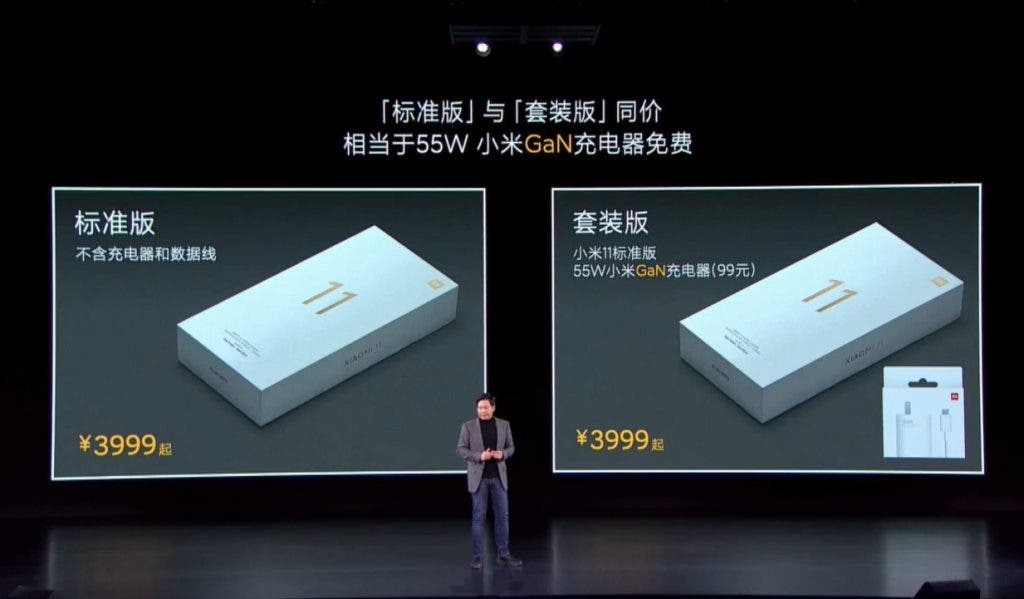 In the camera department, the Xiaomi Mi 11 comes with a 100MP main sensor on the rear. It also uses a new 5MP 50mm telephoto macro camera as well as a 13MP 123° ultra-wide-angle camera. For video shooting, this device supports 8K resolution video. On the front, there is a 20MP camera that supports a large wide-angle panoramic group photo mode.

According to the official information, Xiaomi collaborates with “Harman Kardon” for the Mi 11 stereo dual speakers. It delivers a mobile phone stereo sound effect with 3D vibration that can give you a live combat experience. In addition, the Bluetooth of this phone comes with some upgrades. It now supports Bluetooth audio sharing and connects two Bluetooth devices at the same time.

The Xiaomi Mi 11 also comes with a high version of Wi-Fi 6. Compared to Mi 10, the bandwidth upgrades from 80MHz to 160MHz, and the encoding also increases from 1024QAM to 4096QAM. The unit information density is higher. Furthermore, this smartphone uses an X-axis linear motor to support multi-function NFC and infrared remote control. 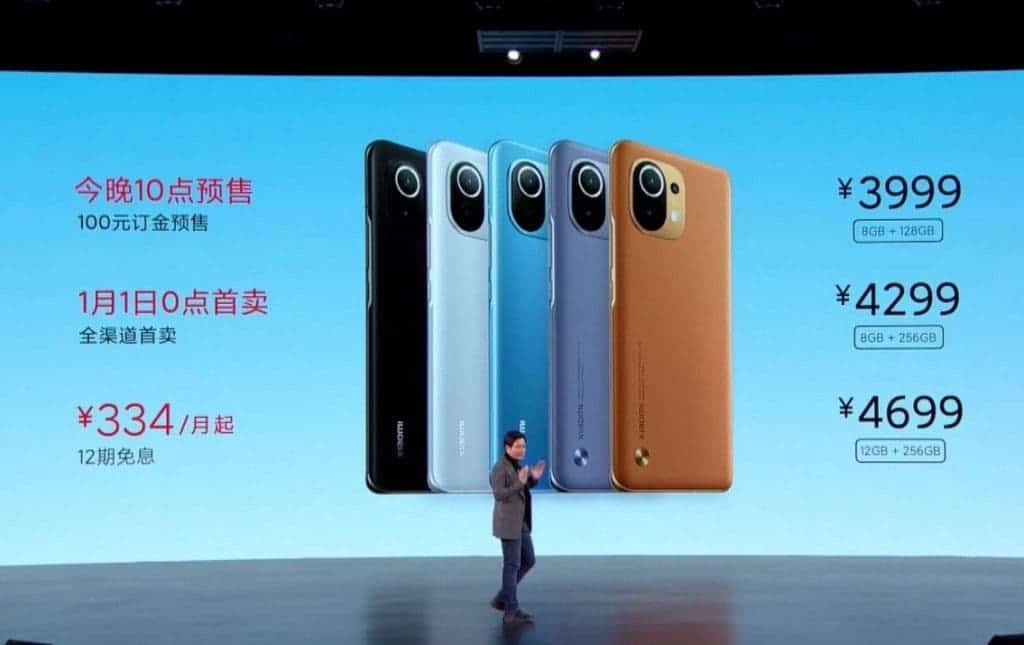 The pre-sale will commence today while its first outright sale will take place on January 1st, 2021. It is worth mentioning that the price below is the price of the standard version, excluding the charger. Here is the official launch price of this smartphone

The company did not just announce the Xiaomi Mi 11, it also announced some accessories. There is a textured case with a ¥99 (~$15) price tag. The company also released a silicone case priced at ¥69 (~$11) while the glitter case comes with a ¥299 (~$45) price tag. Furthermore, the Xiaomi Mi Care package costs  ¥679 (~$104). This package offers two screen replacements and one more year warranty.

Since the phone doesn’t come with a charger, there is a special Set Edition that includes a 55W GaN charger. However, you will have to pay an extra ¥99 ($1) if you want the charger.

Xiaomi also released its latest MIUI 12.5 feature which promises to be interesting. According to the company, this new system comes with a couple of improvements. Some of the improvements include better motion effects, better collaboration between phones and laptops, new wallpapers, privacy protection, and so on.

As of now, the MIUI 12.5 close beta is already available to 21 Xiaomi / Redmi phones. Those who successfully register for the close beta will get the update from December 28th. However, the first public beta will be available in mid-January. See the list of compatible models below

GizmoAlpha is your go-to site for the latest tech news, reviews, deals, and discounts. We focus on smartphone and accessories innovative technology and other revolutionary technologies
Contact us: mediagizmoalpha@gmail.com

Over half of the world’s commercial 5G networks are built by...